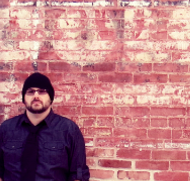 a little about benjamin...

Benjamin J. Denen is a husband, father, son, brother, friend, Christ follower, author, musician, pizza aficionado, promoter of the Oxford comma, and fan of all things Chicago sports (Cubs not White Sox). He holds a Bachelor of Music with an emphasis in Guitar Performance from Belmont University and a Master of Arts in Youth Ministry Leadership from Huntington University. When he’s not reading, he’s writing. Sometimes that means he is composing music for film/media in his project studio. It could also mean that he is writing his latest novel.

He writes much in the same way that he reads, which is to say that he bounces around between different genres like Tigger after drinking a 5-Hour Energy. In music, that means one day he is laying tracks for a metal piece for a client. The next day he is composing a symphonic ballad for another. In his career as a novelist, it means that he writes urban fantasy, murder/mystery, epic fantasy, humorous young adult, Hallmark Channel-esque novellas, and so on. He thinks it makes him creative. His wife thinks it is proof of his short attention span.

Being a writer is what he does not who he is. As much as he enjoys crafting music and stories, he places a much higher value on being a present father and husband. He’d rather play toys with his son than write a best seller (of course, if he could do both he wouldn’t complain).